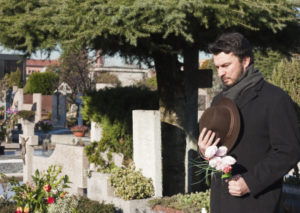 Dealing with the unexpected loss of a family member is a difficult event for anyone to take. When that death is caused by a third party, it complicates the situation and amplifies the pain for those left behind due to the knowledge that the loss did not have to happen. In many cases, loved ones of the deceased are able to file a wrongful death lawsuit against whomever was responsible.

While this does not by any means fill the emotional hole left behind in the person’s absence, a win in court does help with the monetary strain that occurs in the aftermath.

Families often have many questions in regards to the requirements of such a lawsuit. Who can file? What constitutes as wrongful death? What types of damages can be recovered? In this article, we will answer these questions and share information to help you decide how to best move forward with your case.

Wrongful death is generally defined as a death that has happened as a result of an omission or wrongful act of another person or entity. A wrongful act typically involves careless behavior by the offender, but the act can also be intentional. Some of the most common wrongful death cases include claims of medical malpractice in which the practitioner either made a bad decision or simply did nothing to prevent a death when action could still have been taken. Other cases see lawsuits being brought against companies whose methods are blatantly negligent and have caused deadly illness or injury, sometimes to numerous people at once.

Wrongful death is generally similar to standard personal injury claims. In the former, however, the injury has taken the person’s life so that he or she cannot take a lawsuit to court on his or her own account. So instead, someone else has to make a claim on the decedent’s behalf.

Who is allowed to file a wrongful death lawsuit?

Most of the time, immediate family members are the ones to file a wrongful death lawsuit. This might include the surviving spouse, children, parents, grandparents, and/or siblings. In addition to bringing a claim for losses suffered by the person who died, they can also attempt to recover the losses that they themselves have suffered as a result of the death.

Sometimes, for various reasons, family members do not wish to file the lawsuit on their own. In those cases, they may request that the court appoint a trustee to do so on their behalf. The family has the right to name a specific trustee on the petition, which in turn requires a written consent to serve by the chosen individual. This trustee will then be responsible for pursuing the lawsuit. Additionally, after the claim has been paid out, he or she will need to provide the court with proof that the proceeds were properly distributed under the law.

What kinds of damages can be recovered?

Unfortunately, there is nothing that can be done to recover the life that was lost. So instead, liability is expressed through the allocation of monetary compensation. Minnesota law outlines various categories where money damages can be claimed, including:

To receive these damages, the family or trustee has to prove that a pecuniary loss has been suffered, meaning there has been a loss of money or something else of value as a direct result of the loved one’s death. In Minnesota, this includes emotional and physical losses in addition to monetary deprivation.

For the family, civil damages are the only remedy that they can pursue. If a criminal case is to be brought against the offender, that job is left to the prosecuting attorney. Should this occur, the defendant may face jail time, probation, or some other form of criminal compensation. That is not to say that it must be one or the other. A civil lawsuit can be brought against the offender even if a criminal case is in progress and vice versa.

Is there a time limit to file?

Yes. As in all states, the law outlines a statute of limitations for filing a wrongful death claim to the court. In Minnesota, this statute is three years. In other words, the family or trustee must file the lawsuit no later than three years after the date of the decedent’s death. If the claim is filed after the three-year cutoff, there is a good chance that the court will refuse to hear the case at all, although there is the occasional rare exception.

For example, if the defendant has been criminally convicted of murder in relation to a wrongful death, then a civil lawsuit can be brought against that individual or entity at any time after the conviction has been made. Such scenarios do not carry the three-year statute of limitation.

If you find yourself in need of an attorney to assist you in filing a wrongful death claim, please consider contacting our law offices to schedule an initial consultation.