1936, is the hottest and coldest year on record in Mankato. More than 28 days never reached zero degrees in January and February and July had eight days in a row with highs over 100 degrees.

Also in 1936, Henry M. Gallagher joined the firm that would become Farrish Johnson Law Office. During his career, Gallagher was appointed Chief Justice of the Minnesota Supreme Court.

The 1936 North American cold wave ranks among the most intense cold waves in the recorded history of North America. The extreme cold made snow from several blizzards easy to blow around, resulting in railroad trains and highway traffic slowed or interrupted several times. Defective heaters caused numerous dangerous fires.

The Summer 1936 North American heat wave was one of the most severe heat waves in the modern history of North America. It occurred in the middle of the Great Depression and Dust Bowl, causing catastrophic human suffering and an enormous economic tole. 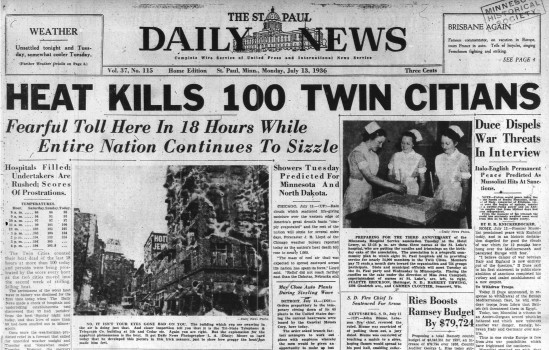 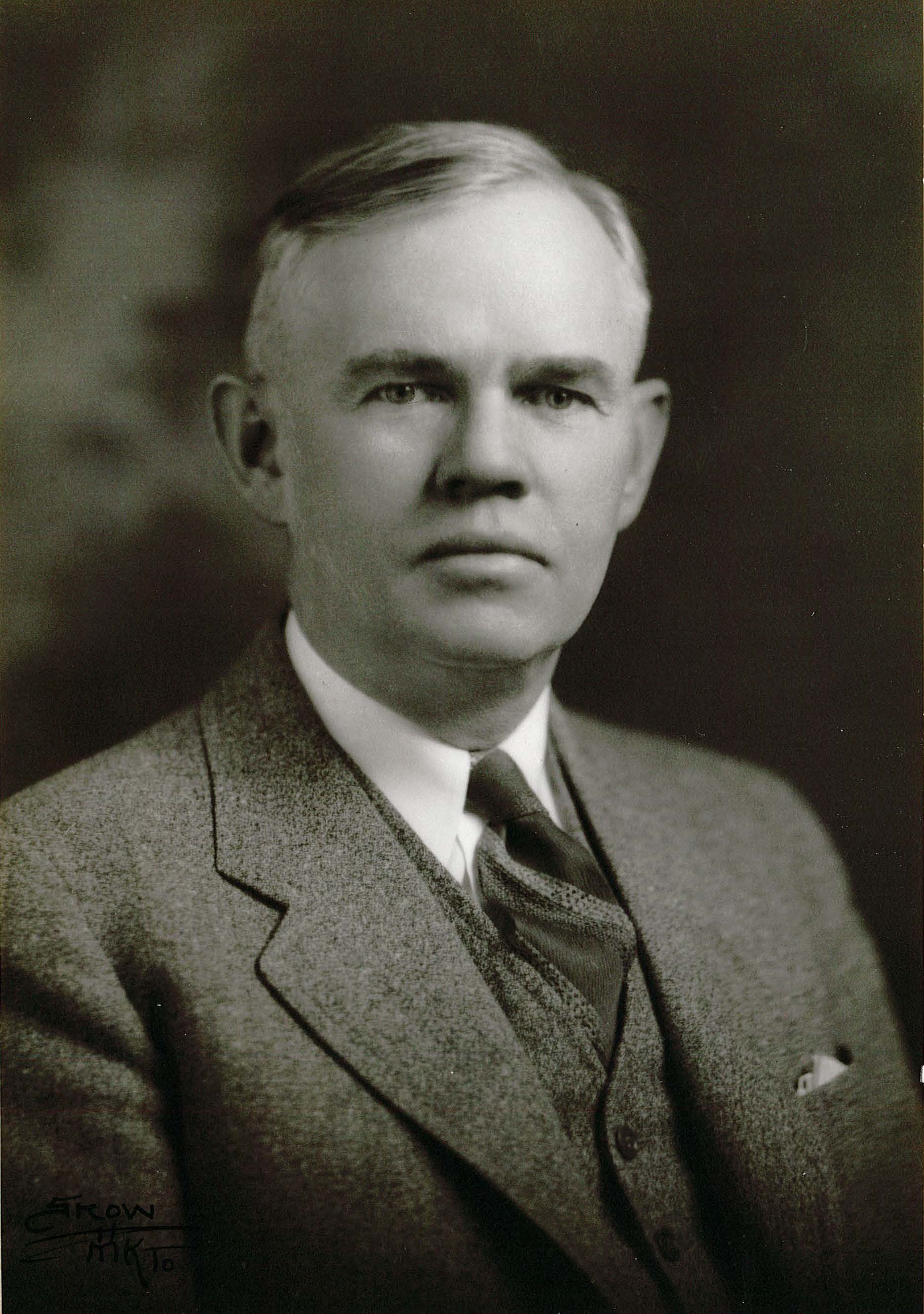 The Minnesota Supreme Court was first assembled as a three-judge panel in 1849, when Minnesota was still at territory. Its members were lawyers from outside the region who were appointed by President Zachary Taylor. The court system was rearranged in 1858 when Minnesota became a state. The seven justices of the Court are elected to renewable six-year terms.

The Supreme Court hears oral arguments during the first two weeks of each month from September through June, either in the courtroom on the second floor of the State Capitol or in Courtroom 300 on the third floor for the Minnesota Judicial Center. 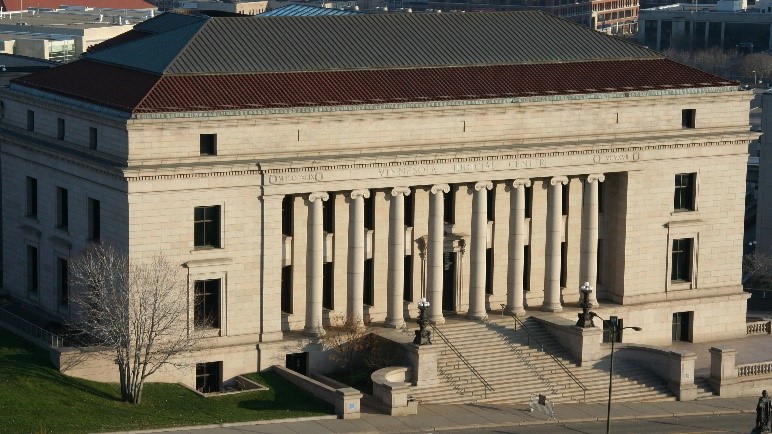 With Gallagher’s appointment as Chief Justice of the Minnesota Supreme Court, C.A. (Gus) Johnson and Charlotte Farrish announced the formation of a partnership under the name of Schmitt, Johnson & Farrish. They had offices in the National Citizens Bank Building in Mankato. 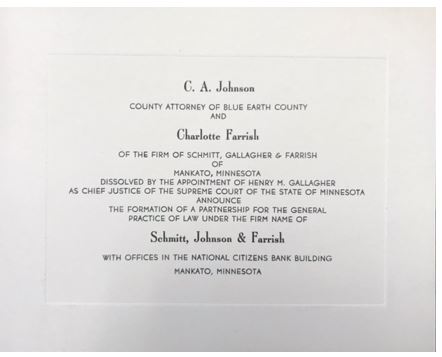 Also in 1936, Hoover Dam, originally known as Boulder Dam, is fully completed. Construction began in 1931, during the Great Depression. Its construction was the result of a massive effort involving thousands of workers and cost over one hundred lives. Such a large concrete structure had never been built before and some of the techniques were unproven. Torrid summer weather and lack of facilities near the site presented difficulties but Six Companies, Inc., who won the bid to build the dam, turned the dam over to the federal government on March 1, 1936, more than two years ahead of schedule. 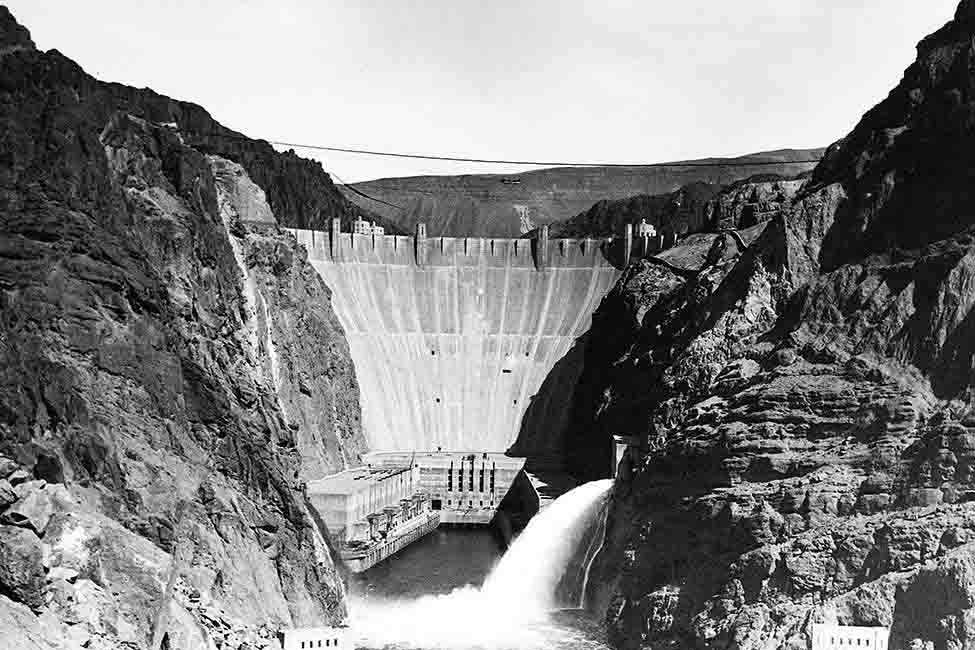 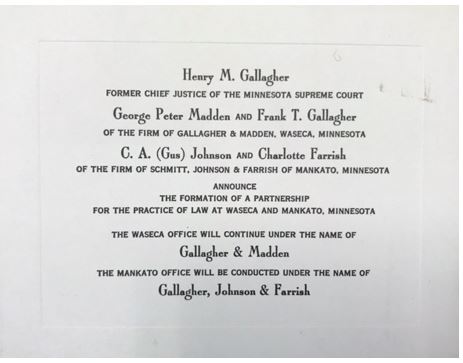 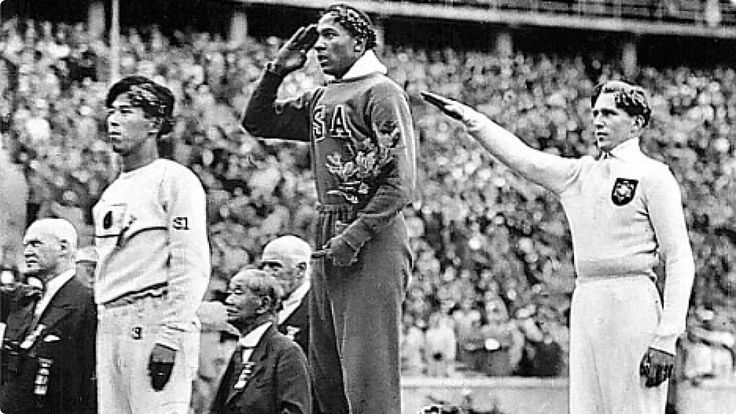 Jesse Owens salutes the American flag after winning the long jump at the 1936 Summer Olympics.

May 20, 1936: The Rural Electrification Act is enacted, providing federal loans for the installation of electrical distribution systems to isolated rural areas of the U.S. At the time the Act was passed, electricity was commonplace in cities but largely unavailable in farms, ranches, and other rural places.

1936: Hormel introduces a product called Hormel Spiced Ham. It is not an overwhelming success and the next year at a party at the Hormel Mansion in Minnesota, a guest won $100 for naming a new canned meat—SPAM. 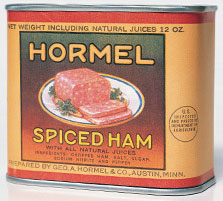 The original label before it became SPAM