In 1991, the Minnesota Supreme Court held that the Minnesota Constitution afforded all persons a right to counsel before submitting to a chemical test administered by a law enforcement officer under Minnesota’s Implied Consent Law.[1]  For drivers arrested on suspicion of driving while impaired, the Implied Consent Law provided law enforcement a powerful tool in coercing drivers to undergo testing: submit to the test or lose your license.  The Minnesota Supreme Court thought these circumstances called for at least the advice of counsel.  In sum, after a law enforcement officer read the implied consent advisory to a driver, that officer also needed to provide an opportunity for the driver to consult with counsel before submitting to a chemical test of their blood or urine.

That process was relatively settled law until the United States Supreme Court’s decision in Birchfield v. North Dakota in 2016.[2]  In Birchfield, the Court held that states could not criminally punish a person for refusing to submit to a chemical test because that would violate that person’s Fourth Amendment rights.  The Court’s decision caused legislatures across the country to reevaluate how chemical tests should be administered, and Minnesota was no exception.

In 2017, the Minnesota Legislature amended several statutes to require search warrants for the taking of blood and urine samples in DUI cases and the procedures for license revocation.[3]  And in 2018 the Minnesota Legislature amended the Impaired Driving Code and the Implied Consent Law to effectively neuter the Implied consent Law.[4]  As of July 2017, law enforcement officers must obtain a search warrant to obtain samples of blood or urine.  Additionally, a person may be criminally punished for refusal only when that person defies a search warrant.  Further, a person’s license may be revoked for refusal to submit to a chemical test for which a search warrant was obtained.

The new language creates a question: if a driver faces license revocation for refusal to submit to a blood or urine test for which a warrant was obtained, do they have a right to counsel before making that decision?  In Friedman, the power of a law enforcement officer to require such tests on pain of license revocation was enough to create some right to counsel, even if limited.  Now that the Implied Consent Law need not be invoked at all, the Minnesota Supreme Court’s decision in Friedman affording that right may be irrelevant.

In July 2018, the Minnesota Court of Appeals issued an opinion in State v. Rosenbush, in which the court held that there was no right to consult an attorney before submitting to a chemical test when law enforcement obtains a search warrant.[5]  In effect, the decision means that the right to counsel described in the Minnesota Supreme Court’s decision in Friedman no longer applies.  Because of the quirky and confusing way Court of Appeals opinions are issued, however, the decision is not binding on lower courts.

Last month, the Minnesota Supreme Court granted review of the case.[6]  The pace of the Supreme Court is slow, but we may just get an answer to this question next year. 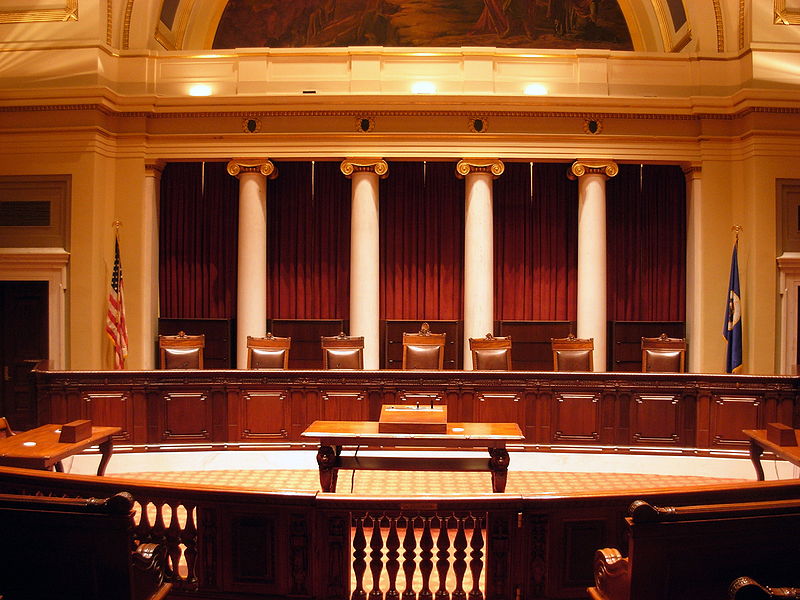 Chambers of the Minnesota Supreme Court